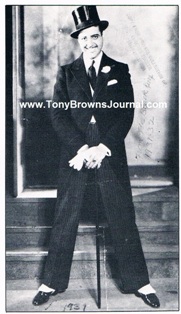 Lorenzo Tucker, a Race Movie superstar of the 30's, was often billed as the "Black Valentino" or the "Colored John Gilbert." In 1924, lured by the taste for show business, Tucker withdrew from his studies at Temple University where he had contemplated medicine, and moved to Atlantic City in pursuit of his show business career. After stints as dishwasher and headwaiter, the long-awaited opportunity arrived and he began working as a song and dance man with a chorus girl at The New World Cabaret. Following this engagement, he performed on  stage as a straight man for both Mamie and Bessie Smith. Years later, he  performed on stage with the legendary Mae West. 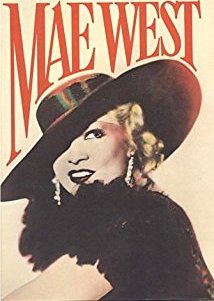 Though miscegenation was still outlawed in some parts of the South, the play included a scene in which Tucker kissed West. When the play opened in Washington, D.C., the press was outraged to see a Black man kissing a White woman, and demands were made that the scene be excised from the play. West rejected demands, and the play left Washington.

In 1926, Tucker met Oscar Micheaux, history's most successful Black film producer and appeared in Micheaux's "The Wages of Sin." By the end of the next decade, he had appeared in 17 films. During their long association, he starred in 14 films for Micheaux, including "Harlem Big Shot" and "Harlem After Midnight," and established himself as one of the leading Black actors of his time.

In 1974, Tucker was inducted into the Black Film Makers Hall of Fame.