Oscar Micheaux: A Man Ahead Of His Time

Micheaux, born on January 2, 1884 in Metropolis, Illinois, the fifth child in a family of thirteen, worked as a shoeshine boy, farm laborer and Pullman porter. In his early twenties, he was self-confident to the point that he invested his savings in farmland in an all-White community in faraway South Dakota.

Within nine years, Micheaux had expanded his holdings to 500 acres while writing, publishing and distributing his first semi-autobiographical novel, The Conquest (1913). He popularized the book by selling it door-to-door to the farmers of South Dakota.

In 1918, the Lincoln Film Company in Nebraska offered to film Micheaux's 1917 novel, The Homesteader. But when Lincoln refused to produce the film on the scale that he desired, Micheaux responded by founding his own production company and shooting the work himself. He started the Micheaux Book and Film Company, raising money by, again, selling shares door to door in South Dakota. Micheaux found the equipment and actors he needed in Chicago, bought a car, hired a White chauffeur and drove all of the members of his production company and equipment from Chicago to Winner, South Dakota.

"The Homesteader" was the first full-length feature film directed, written and produced by an African-American. It secured Micheaux's name in history books, and was declared a success when it grossed over $5,000. 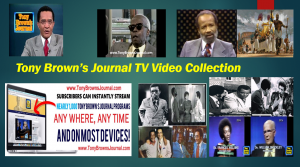