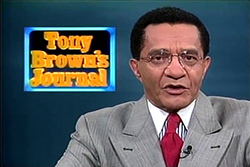 This makes Tony Brown's Journal an excellent worldwide instrument for cultural diversity because it is a healing tool that can cure American history’s propensity for racism. The content of this re-born Emmy-nominated collection (1968-2008) is so unbelievable and rare that one archivist has identified this one-of-a-kind Phoenix bird that is rising out of the ashes as “the most complete and thoughtful record of African-American opinion.”

The website is a resurrection of 40 years of broadcast excellence and hundreds of titles of professional-grade content with high-production values from Tony Brown’s Journal, America’s “#1-rated talk/educational TV series” (circa 1968-2008), that covers African-American history with legends such as Martin Luther King and Elijah Muhammad. Included also are über historians such as Dr. Chancellor Williams/“The Destruction of Black Civilization” and J. A. Rogers. 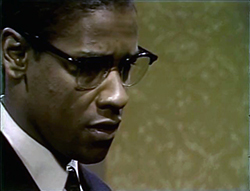 Tony Brown’s Journal was the first series on national television to break the story on the odious Tuskegee Syphilis Experiment on Black men and the infamous Tulsa Race Riot of 1921. There is also the famous 1974 debate between Dr. Frances Welsing and Dr. William Shockley on the issue of racial supremacy. 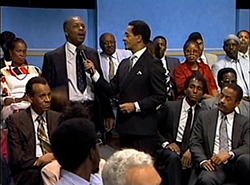 All of this historic grandeur and these historic notables secured my choice as “one of the top five U. S. experts on the status of African Americans,” by USA Today. And from that point of expertise, I employed a point of view that seeks only the truth – and it won me the prestigious Silver Circle Award from the National Academy of Recording Arts & Sciences for doing so.

After all, I was named “Television’s Civil Rights Crusader” by Black Enterprise magazine in a cover story in 1979. My motto was and is “Self-Help” and my call to action is very explicit: “No Black Lies, No White Lies – Only The Truth!”

THE ONLY MISSING ELEMENT

There is only one missing piece from this success story, and that is where you come in. To become a giant engine of annual revenue and, as a dependable dispenser of income to thousands of Affiliates across the nation with whom it can share up to 50% of the subscriber income, we need all of the Affiliates/Partners we can find.

Click Here to Purchase a Subscription to Tony Brown's Journal!