It's 1983 and Sammy Davis reflects on his television interview with me in 1971. Sammy Davis responded, "I’ve survived where other cats would have been down the tubes. A lot of people don’t like themselves. I’ve stopped trying to adjust because its uncomfortable, let me be the best me I can be." -- TBJ #1402 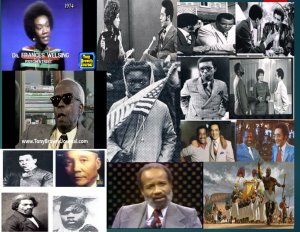 Tony Brown’s Journal, “the most complete and thoughtful record of African-American opinion,” is in the process of offering one of the most cutting-edge educational tools for streaming to educators, homeschoolers, students and parents. The entire digitally re-mastered TonyBrownsJournal.com collection of nearly 1,000 historical, health and public affairs video and film content that was produced by award-winning journalist Tony Brown on national television for over 40 years (1968-2008) is now being offered in this rare cutting-edge educationally purposeful opportunity.