MAR. 8 -- TBJ Show #2323 -- What “Hat” Are You Wearing? – Part 1: Educator Dr. Joe Cornelius developed a creative way to explain Black history and to motivate young people through drama. He created a historical masterpiece when he chronicled the saga of Black America as it changes “hats” with the times.

MAR. 9 – TBJ Show #2324 -- The Devil’s Advice – Part 2: Educator Dr. Joe Cornelius once again shares his insightful talent as he weaves the tale of a young man struggling against the odds.  In “The Devil & Leroy Jones,” Dr. Cornelius imbues his performance with a message of hope for the future.

MAR. 12 – TBJ Show #516 -- The Black West: If you’re old enough you may have seen the movie “Tomahawk. Van Heflin played Jim Bridger and Jack Oakie played James Beckwourth, but in real life Beckwourth, the famous frontiersman, was Black. The cowboys and bad men such as Deadwood Dick and Cherokee Bill may have worn a white hat, but not a White skin. This edition highlights the rich history of Black contributions to the settling of America’s western frontier. Their legacy is exposed through song, rare photos and film. 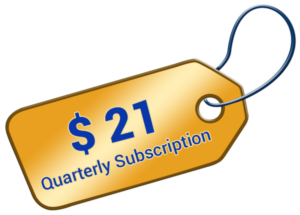 MAR. 13 – TBJ Show #603 -- George Kirby Presents King Heroin: In a dramatic performance, the Funny-man and impressionist lays it on the line about the dangers of drugs and his life in prison for drug abuse. The man of many faces and matchless talent performs “King Heroin” as only George Kirby can – with great gusto.