A Natural Way To Fight Pain & Improve Your Health

Why Malcolm X Used Essential Nutmeg Oil.  Nutmeg essential oil is a true essential oil, a complete whole botanical distillate, meaning that it has not been enhanced with additives to meet a particular standard. Nutmeg essential oil is, therefore, 100% natural – and in great demand because it is aflatoxin free. (NOTE: There is a correlation between aflatoxin and carcinogenic substances.) To receive FREE information on Grenada’s “preferred essential nutmeg oil,” click here: www.TonyBrownsJournal.com. (These statements have not been evaluated by the Food and Drug Administration.  This spice and this information are not intended to diagnose, treat, cure or prevent any disease.)

Grenada is host to the world’s “preferred nutmeg oil,” according to the Global Commercial Services for the Spice Industry (GCSSI). “Grenada is said to be the preferred nutmeg origin to most European and US traders due to guaranteed aflatoxin-free material. They prefer Grenadian nutmeg though it comes at a premium of 50-60%.” Nutmeg, a potent pain reliever, is best known as a spice for foods and drinks and as a fragrance in cosmetics and soaps.

According to The Los Angeles Times, Malcolm X smoked this aromatic little seed when he was imprisoned during his youth. One medicinal use is for insomnia because it “erased cares and worries from the mind.” Some “Arabs and Indians swear that it’s an aphrodisiac.” Today, this “black gold” is in “toothpaste, perfume, sausages and soap – not to say countless cups of eggnog,” the Times reported.

Move over Tylenol and Excedrin, the most widely used pharmaceutical pain relievers. It looks as if the essential oil of nutmeg, a spice applied topically, can chase pain away too. For example, pure nutmeg essential oil, which is in short supply on the global market, is used by dentists in the United Kingdom who directly apply it to the gums. To numb the gums, nutmeg essential oil is used as a pain reliever by these dentists before novocaine is administered. It is directly rubbed on the gums around the aching tooth to reduce toothache, and topically for rheumatism, arthritis and other pain.

Those are traditional uses of nutmeg (both rubbed on the body and in cooking) in many parts of the world where people believe, as one Grenadian ad reads, “God created an herb for every ailment.” Nutmeg has been known for its pain relief properties for over 300 years and at one time it was the world’s most expensive spice. People even wore nutmeg around the neck to ward off “evil spirits.”

An assortment of spices are playing a new role -- the same role they have played in the Caribbean, Africa and Asia since humanity’s early history -- in the relief of symptoms in modern Europe and the U. S.  These special botanicals – which have become known as spices – have long been used as primitive medicines, as well as nutrients to enhance the appeal and taste of food, or preserve it.

But now these ancient products increasingly are being recognized in modern societies for their natural ingredients and the lack of unwanted side effects that accompany synthetic pharmaceutical drugs. 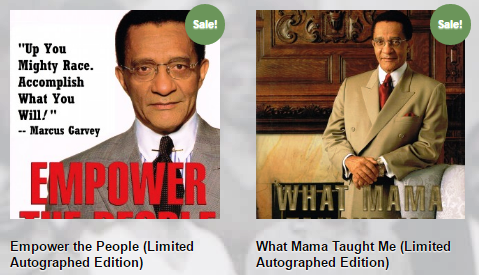 In fact, doctors are warning the millions of Americans who suffer from nagging aches and pain, not to “pop” too many over-the-counter synthetic pain relievers because “the active ingredient in such relievers as Tylenol and Excedrin” (and over a hundred more) is acetaminophen, “one of the most common pharmaceuticals associated with accidental poisoning,” wrote Dr. Ian K. Smith (M. D.) in the NY Daily News, May 13, 2002. Dr. Smith reported cases of patients accidentally poisoning themselves in an effort to relieve their pain. (Alcohol and pain relievers can put you at risk for liver failure and other complications, he wrote.)