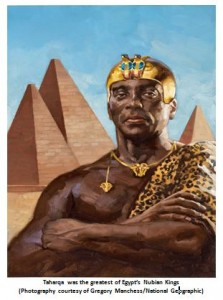 In the 100 years between 1700 and the end of the legal slave trade in 1808, Rhode Island monopolized the western Atlantic slave trade. Ships departing from Rhode Island departed on nearly 1,000 voyages to Africa and returned with at least 100,000 slaves.

Rum and slaves formed an unholy alliance in Rhode Island, making Rhode Island the unquestioned leader in its participation in the slave trade, both before and after the American Revolution. Seventy percent of all colonial slave voyages began in Rhode Island. Most of the wealthy and powerful in Rhode Island profited in some way from slavery.

TBJ #2903 – Southern Slavery, Northern Lie? – Part 2: The second installation of a two-part series on the North’s hidden history as a slave region, addresses king cotton and the legal and illegal slave trade, among other historic events.  Complicity: How the North Promoted, Prolonged, and Profited from Slavery,” shows us the villains – the slave traders, the racists, the apologists, and the politicians. Journalist Jenifer Frank, co-author examines the impact of slavery in the development of the nation.

As a result, the authors, all White journalists from the Northern state of Connecticut, argue that many Americans, emerge from school believing that the North and its citizens watched innocently as the institution of slavery took root and thrived across the Mason-Dixon line – and finally decided to go to war to hold the nation together and ultimately to end the evil institution on which the South economy ultimately depended.

My next installment message will come to you in my upcoming and final book, “Walking Between The Raindrops,” I will conclude my final message to this audience. For info on the contents and the release date click: www.TonyBrownsJournal.com/Upcoming-Book

Tony Brown offers educators, students, homeschoolers, and parents access to a new visual streaming learning tool for Black history and culture Tony Brown’s Journal, “the most complete and thoughtful record of African-American opinion,” is in the process of offering one of the most cutting-edge educational tools for streaming to educators, homeschoolers, students and parents.

The entire digitally re-mastered TonyBrownsJournal.com collection of nearly 1,000 historical, health and public affairs video and film content that was produced by award-winning journalist Tony Brown on national television for over 40 years (1968-2008) is now being offered in this rare cutting-edge educationally purposeful opportunity.

The Emmy-nominated, award-winning television series Tony Brown’s Journal (TBJ), with its nearly 1,000 titles is Internet-ready as content because it still has “the right stuff.” Participants will have 24-7 streamed access to the entire collection of iconoclastic video and film titles.

The hard-hitting TBJ documentary and talk TV series is authentically, as a leading archivist described it, “The Most Complete And Thoughtful Record Of African-American Opinion.” These missing pages of history attracted people of goodwill and an upwardly mobile, diverse audience -- “a spritely cross-section of Whites and Blacks who are very much at home with Tony Brown’s Journal” – as both astute guests and discerning viewers. With this almost universal acceptance by the national media and with a loyal and racially diverse demographic, circa 1968-2008, the TBJ collection is also poised to succeed as online streamed content with even greater impact – because “there’s nothing new under the Sun” and the issues explored on TBJ video titles are just as relevant today and are still shared by an organic and sizeable (millions) demographic bloc of viewers worldwide.

This psychographic and sociographic attraction for the TBJ brand is the result of an uncanny, innate human interconnectedness, Tony Brown believes.

TONY BROWN RESPONDS TO COMMENTS FROM SOME FRIENDS OF TONYBROWNSJOURNAL.COM:

Jim Stephens: I have a book about the American truth it’ll be out the end of June. My last twenty-four months I’ve spent time at six plantations- 90 percent of the trail of tears- walked Selma bridge and the town- Montgomery MLK - Rosa Parks - Emmitt Till- John Lewis- chief Tasali- chief John Ross- John Brown - so many more. 72 civil war sites- 37 civil rights sites- burial sites of slaves, Indians, soldiers. Why church and state. People don’t understand the history I walked. Truth has no agenda. These stories will be told and should be.

David Hamilton: I miss the days of TBJ. He was very informative and enlightening! The TRUTH is still out there, but it's being suppressed and when we do hear it, we don't know how to respond it. It's like we're in a daze. We're lacking leadership and followship! PRAY FOR US!

David Hase: There is so much wrong with this. New England brought the slaves instead of Mississippi because they had ships that the south didn’t. English very rarely, if ever, captured slaves for transport to the New World. They were captured by Arabic and African people, brought to the western coast, and sold to English traders for transport to the New World. Yet, it seems the entire world wants to blame black slavery upon the USA. Like only they had it. Slavery was alive and well since recorded history. And it didn’t matter what color your skin was! The main people to capture (and buy from black chieftains), Blacks in Africa were Arabic. And they didn’t hesitate to also make white non-Muslims slaves. See Barbary Coast pirates.

Andre Cureton: Of course, all of the so-called Great American families that all are wealthy to this very day profited off of slavery. That's how they got their money.

Valerie Gantt Dickens: I was an avid fan of TBJ back in the day...Daniel Martinovich: Of course. There were Democrats in the north. Not just that the Democratic party dominated the federal government from its first president, trail of tears Andy Jackson right up until before the war.

Don Hollinshead: Yawn grow up children you all beating a dead horse ,deal with slavery today, on your borders n dealing in children

Lorie Greenberg: Thanks for sharing.

Jim Abrams: Slavery was and is still practiced all around the world. The US was one of the First Nations around the world to address it. It is what made the US an influence on the world. This is this woman’s opinion. Americans put an end to slavery 175 years ago. It is one of our greatest achievements. We should learn history, but not focus on or push negativity for any group. None of us ever owned a slave.

Nboma Gamojah:  One of my favorite reads. I lost the book in the process of moving.. read it over and over. Great detailed events in pre and post-civil war. Lot of preconceived notions of the Northern States vs Southern States...notions of good white people vs bad....one interesting point I remember was how some white abolitionist who fought against slavery in America But we're investing in the elephant ivory trade in Africa which used enslaved Africans to move tons of elephant tusks from inland to ships bound for Europe and America to make piano keys and other luxuries, etc.

Terrence Henry Glynn: Approximately 1 million casualties, including 300,000 Union (North) soldiers lives were lost defeating the South and abolishing slavery. When America outlawed slavery , all slave trade to S. America was outlawed. In Africa the population of slaves increased to represent 1/3 of Africa's pop.

Julie Dominesey: Terrence Henry Glynn, this history is inconvenient .. against the narrative .. you are being ignored.. oh another fun fact .. the Nazis outlawed slavery in Ethiopia during their occupation, but when they were kicked out slavery resumed and was not actually outlawed in Ethiopia until 1949 .. notice no one actually writes about real African history .. it includes lots of slavery , war , genocide that occurred before Europeans set foot on the continent .

Tony Fernandez: It would seem that we went from being ready and if the author is to be believed, indeed ready to learn about the true breath and scope of Slavery in the Conies and U.S. to where we are now. I've heard of History repeating itself but rare does one witness history REVERSING itself! Another America First!

Edith A Moore: Tony Fernandez, read and truly understand the 13th 14th and 15th Amendments not to mention the Emancipation Proclamation and how they promoted Jim Crow, etc. The Civil War was not fought to end slavery!

Tony Fernandez: Edith A Moore, none of those contradict what I posted and all 3 Amendments were passed after the Civil War in 1865, '68 &'70. And you are correct the Civil War was not fought primarily over slavery.

Jim Abrams: Edith A Moore, exactly the civil war was over taxes. The north then introduced the idea to end slavery so they could recruit black troops.

John Olson: Yeah, the north prolonged it that’s why 100,000 of them left their families and died trying to end it. Makes me wonder why people like my great great grandfather even cared or tried.

Tony Fernandez: John Olson, don't conflate things. The North politically and economically did not depend on slavery for labor and thus cost of goods.  Because of the economic base of their economies slavery, though existing in more places than generally believed, was not a socioeconomic institution. This allowed not for freedom from slavery for the average Black person but a more relaxed, though hardly integrated, social coexistence.  But slaves were owned by many in the northern colonies, later states and many if not all northern states had legal agreements concerning escaped slaves, which included returning captured runaways.  In some northern cities free Blacks who had never, indeed nor had the ancestors in many cases, been enslaved were drugged and kidnapped, to be sold into slavery in the southern states. With a blind eye turned by the authorities.  So your ancestor fought for justice for the Blacks enslaved in the south, the numerically fewer enslaved on the north, the unity of this greatly trouble but fantastic Country and fir the rights of fellow Human Beings.  For that we should be thankful and appreciative. So my friend seemingly conflicting perspectives can be reconciled and both still be true. Peace.

James Jones: Give us 3 states that's minerally rich and separate from us since we can't get justice in America

Dwight Davis: Amen these great men of integrity and support freedom justice political affiliation economically of power which definitely is reparations at this point in the 21st century. Needs to be mandated by the supreme court. Colleagues of this magnitude Dr ben and Dr John Henry Clark...