Do you remember the roaring 20s? How about the Charleston? What about speakeasies? How about Lorenzo Tucker??? Do you remember the tall, dark and handsome leading man of the silent film era?  We just added the up-close and personal interview with Lorenzo Tucker (TBJ #819 -- The Black Valentino) plus several other shows to the Tony Brown's Journal Video Collection that one prominent archivist called the collection -- "the most complete and thoughtful record of African-American opinion."

TBJ #819 -- “The Black Valentino” The roaring 20s gave birth to the Charleston dance, bob haircuts, speakeasies and the movie career of Lorenzo Tucker, The Black Valentino of race movies. But unlike Valentino, he was one of the few silent film stars, Black or White, to survive the transition from silent to sound film. Tall, dark and handsome – he was a popular romantic leading man of all-Black cast movies. Playing opposite some of the industry’s most beautiful women, including Hollywood legend Mae West. 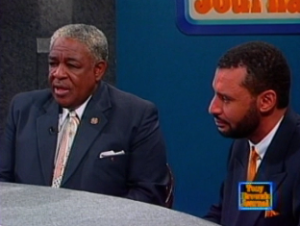 TBJ #2022 – Is The IRS Out Of Control? – The Internal Revenue Service (IRS) is one of the most powerful agencies in the United States. It has brought down business moguls, political leaders and as everyone knows – Al Capone. Now, it seems to be after the simple man and woman next door. 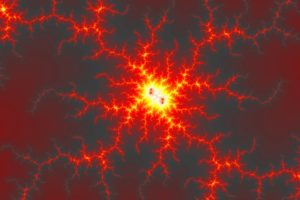 TBJ #2023 -- The Threat To The Andes – Lead poisoning, one of the single greatest hazards to children around the world, can cause brain and nerve damage, learning disabilities, growth retardation and other neurological problems.  It is especially prevalent among Black and Hispanic children in the United States. However, even more disturbing is a recent report that over 90% of the children in some villages in parts of South America have extremely dangerous levels of lead poisoning. Dr. Allen Counter, a Black Harvard neuroscientist, traveled to the Andes mountains of South America where the children had the highest levels of lead poisoning in the world at that time.

TBJ #2102 -- “The Debt Bomb” -- In his book, The Debt Bomb and Savings Pool, author Thomas McAuliffe explains how “debt is driving all that’s going wrong with this nation.” The former banker and economist says that America is dangerously approaching economic catastrophe while our public officials and bankers say the economy is fine.  Characterizing press and media assessments of the economy as “wholesale ignorance” and “cavalier indifference,” McAuliffe warns that it is critical that we get the issue of debt and its consequences on the table for serious discussion. Why are government officials telling us that our economy is doing fine?  McAuliffe explains his theory.