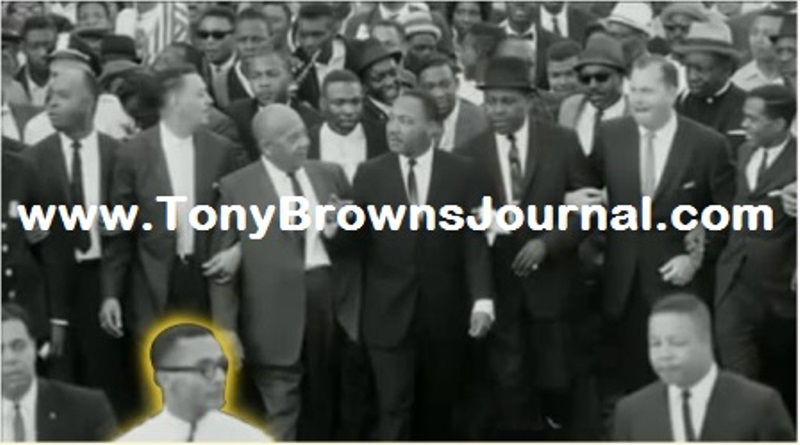 Tony Brown, Coordinator of the largest civil rights march in U. S. history, which drew 500,000 people to Detroit on June 23, 1963, is pictured at the head of that historic march that was inspired and led by Dr. Martin Luther King, Jr. This picture also shows Judge James Del Rio with some of the leaders and participants of the 1963 self-empowerment march. This was the first time that Dr. King delivered his famous “I Have A Dream” speech and 66 days before he delivered the same stirring speech and historic oration in Washington, D. C. at the March On Washington.

Visit TonyBrownsJournal.com and subscribe ($29.99 per mo.) to the Tony Brown’s Journal Video and Film collection with its nearly 1,000 videos that include “Tony Brown’s Essay on Martin Luther King” (#2702); “Reflections on MLK” (#2301); Making of the King Holiday” (#1004); “The MLK Dream You Can See (#2921) and many more programs that have been described by one archivist as “the most complete and thoughtful record of African-American opinion.” You and your family can view the iconic and historic Martin Luther King episodes and the nearly 1,000 others anytime you want, whenever you want, day or night to show and guide your family into a broader knowledge of the contributions that Black Americans have made to America. 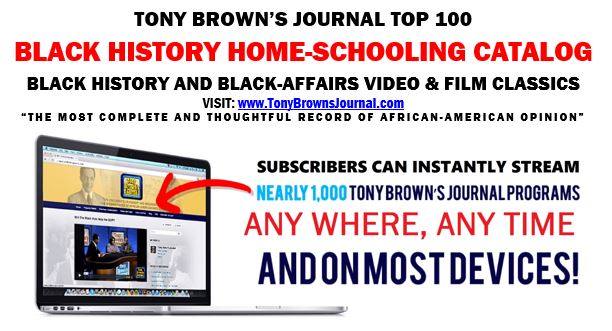 Home Schooling Black History. Let TonyBrownsJournal.com do the teaching with 1,000 streamed videos in your home, your office or on your mobile device for a true Black history education. For more information, click here: www.TonyBrownsJournal.com/homeschooling. 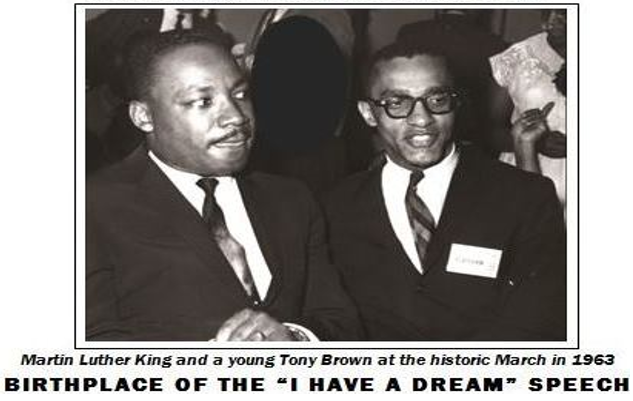 The following week, in its July 29, 1963 edition, Business Week magazine called the Detroit event “the largest civil rights march in history.” Subsequently, an official police source, in an affidavit, confirmed an attendance of “no fewer than 250,000 and as many as 500,000 people.”  They came from throughout the nearby Midwest region. More official confirmation has been forthcoming since then. Nearly 40 years later, on July 23, 2003, The Wall Street Journal (“For Many Cities Across the U.S., Dr. King's 'Dream' Is Theirs Too,” by Jeff Zaslow) would report on page one that the famed King “Dream” speech may have had it's roots -- not at the March on Washington (which drew 250,000), on August 28, 1963, but elsewhere, perhaps 66 days before in Detroit, Michigan where the official count was closer to 500,000. I know this because Judge James Del Rio and I were in the sealed room with the official police team that certified the official attendance that exceeded the estimated attendance.

The legacy of the Detroit movement and the Detroit march includes the civil rights movement of the 60s and its original intent to secure an economic base for Black communities nationwide. Ironically, President Donald Trump’s rebuilding of the inner cities of the U. S. and the establishment of an economic base in the inner cities would have the same effect of reigniting the nation’s economy, strengthening the schools and expanding the work base. In other words, a massive economic recovery, starting with the revival of the decaying core of urban blight.

It would also help fund the U. S. national security budget, which would reduce the national debt. All of this can be done by simply helping rebuild the nation’s inner cities.