Character Is Power: An “Anabolic” Concept 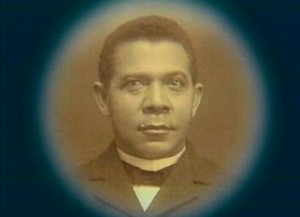 Tony Brown welcomes Ryan Gross of Hampton, VA, as the first member of the Best Foot Forward unified group of winners who have joined in a unified effort to save our country, in response to my appeal to be a part of a much-needed drive to get enough non-violent, peace-loving people to work together to enable the U. S. to put its best foot forward – TOGETHER as a team of winners. In short, this is a call to all people of goodwill to join together in a unified effort to save our country! Click Best Foot Forward if you share this point of view, you can receive FREE information to help save the WORLD! Remain strong and intact. Sincerely, Tony Brown

Our communities and our nation were once focused on core values in all areas of life as a means of preparing the youth for service to others and a better future for themselves. Today, that defining American trait is an exaggerated sense of entitlement. And excess has now, unfortunately, become a natural recurring theme in American life, along with the postponement of immediate gratification, another disappearing national trait. 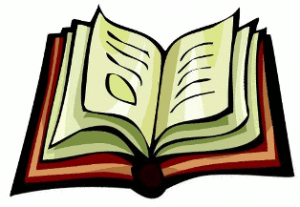 Tony Brown's upcoming and final book: Walking Between The Raindrops. For info on the contents and the release date

That’s why old-fashioned values and the character traits of stability may prove once again to be the soundest advice for building future and sustained social progress and economic growth. That is also why the most viable plan is to recommit ourselves to moral character and anabolic citizenship by resurrecting the core values and economic stability and the same culture of personal responsibility that helped Black people survive hundreds of years of slavery in America and racial bias and, subsequently, progress, before being poisoned by Socialist promises of something for nothing.

An anabolic state is when the body repairs itself to become bigger and stronger. This metabolic process of growth is opposed by catabolism. A catabolic state is when the body experiences a breakdown in metabolism. When you’re in an anabolic state, you’re building and maintaining your muscle mass. When you’re in a catabolic state, you’re breaking down or losing overall mass, both fat and muscle. This gestalt definition is derived from https://www.healthline.com/health/catabolism-vs-anabolism#body-weight.

If I had my way and sufficient power, I would re-designate every community, individual, or family as either anabolic or catabolic, then I would initiate a national information empowerment campaign to increase the number of anabolic communities, individuals, and families (therefore reducing those who suffer from disparities). The main message of this liberating-literacy movement would be to (1) encourage passing along an investment asset to their children, (2) take control of their own healthcare, and (3) become enablers in the education of their offspring, family members or community – while teaching them to become the main enablers of their own education by accepting responsibility for it.

Booker T. Washington, in many ways, embodies the spirit of all of Black higher education. He was an educator and statesman, and he is Hampton University's most famous graduate and founder of Tuskegee Institute in 1881 (now known as Tuskegee University).

Booker T. Washington represented the core of the Black quest for education. Stressing the practical, but at no time ignoring the need to educate the whole person, he emphasized education as a tool to move people away from the crippling effects of slavery: the dependency, the social disorganization, the poverty, the ignorance.

Washington's political views were as controversial as his approach to education, but his achievements made him the most powerful Black American who ever lived. And today, the seeds of his unshakable belief in character and subsequently, self-help has blossomed into one of the major forces in American higher education.

There is plenty of room for debate over Washington's methods, but none over the results. What he did with his life was monumental. He influenced higher education in general – not just at Black institutions. He also demonstrated that strength of character, self-help and racial pride can defeat discrimination, and, with an iron will, built the most famous Black school of its time from a dilapidated shanty and a run-down abandoned Black church in rural Tuskegee, Alabama.

Washington sacrificed and suffered in his quest for success. Blacks will not be excused from sacrifice or suffering, either, against today's obstacles.  He recognized that knowledge was indispensable to being the equal of another. And that character was the only true form of power that we will ever realize. "Character is power," he once said.  Add a spice of self-determination and group unity here and there and you'll get the formula for pushing back the barriers of racism and discrimination well beyond the horizon of their historic origins.

Booker T. Washington is best known for his line: "Cast down your bucket where you are." For a people to move forward, however, they must be guided by a larger model -- something that represents the spirit or essence of themselves. That's the role of the major life forces of history.

Booker T’s home still stands a few miles from where I was born in Charleston, West Virginia and his childhood history was written in my neighborhood. Young Booker T. walked 600 miles deeper into the South to attend a college, established by so-called Whites, for so-called colored people and Native Americans, Hampton Institute, in 1861.

Moving forward a few centuries or so, I would be born a few miles down the road in the same state, now known as West Virginia -- because the White-controlling class had no further use for the brutal, overt enslavement of Black Africans. As a result, West Virginia withdrew from the White confederate states and no longer needed Black slaves to drive its economy which was never dependent on the cotton industry in Virginia.

Ironically, in 2004, I would leave New York City to become the first dean, and subsequently Dean Emeritus and professor, of the Scripps Howard School of Journalism and Communications at Hampton University.

Names of great people are keywords symbolizing astounding human behavior. They can also be used to help us understand ourselves and by comparing our contemporary experiences with theirs by learning the same lessons anew. Examples include Jackie Robinson, the first of his race to play major league baseball and Martin Luther King -- the first Black American to have a national holiday named in his honor.

Booker T. Washington was such a spirit in the African-American quest for an education. So, in the 4-part series on Booker T. Washington, Tony Brown's Journal set out upon a freedom trail to learn how he did it and to find out what's on his trail of iron-willed determination that can be useful to us today as we view a documentary I produced called “The Booker T. Washington Freedom Trail: The Spirit Of Black Higher Education.” 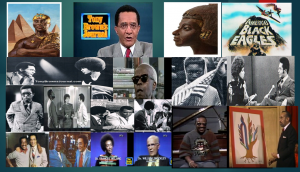