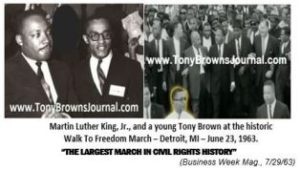 is my essay on Martin Luther King, Jr.  It’s a story of reality, truth, vision, courage and transformation on the one hand and racism, betrayal and conspiracy on the other. Ultimately, it explains the transition of a great man to a better place. I will also share with you in this personal video essay what I believe is often the main obstacle to Dr. King’s core message being understood beyond its superficial and literal meaning. 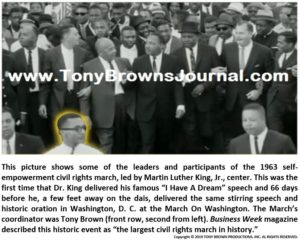 Moreover, King’s dignified and principled nature and his intellect were a bit much for some Black elite leadership. However, they saw a man who although uncompromising in his politics, was vulnerable in his private life. His critics, Black and White, used both against him. The result was a solid wall of resistance. 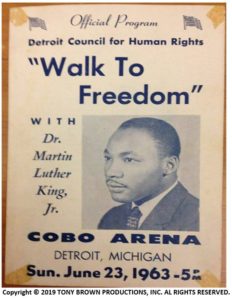 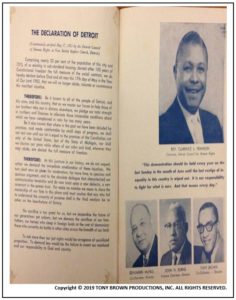 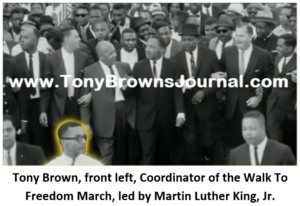 King’s imperfections made him vulnerable and a victim of sorts -- like the masses among Blacks who forgave his shortcomings because they felt he was a powerful force against high rent, unemployment, poor education and police brutality. The Memphis sanitation workers, for example, knew that he was trying to do something about the plight of the common person. Among the Black middle class, his achievements in education and his quick mind were strong attractions -- enough to make them give him the benefit of the doubt. 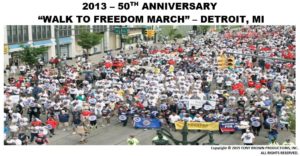 I state at the end of my video essay (TBJ show #2702) that it appears the last thing in King's Pandora’s Box was Hope. Dr. King said in Memphis during his fateful last night on earth that he hoped that all of us would ultimately meet at a place called “the table of brotherhood.”

I also have hope that we will. And that it is a good omen that our oldest ancestor found in Africa is named Toumai -- a name that means “the hope of life.” A final note: Mama also taught me that I should never leave anyone without telling them “I love you.”

Tony Brown offers educators, students, homeschoolers and parents access to a new visual streaming learning tool for Black history and culture Tony Brown’s Journal, “the most complete and thoughtful record of African-American opinion,” is in the process of offering one of the most cutting-edge educational tools for streaming to educators, homeschoolers, students and parents. The entire digitally re-mastered TonyBrownsJournal.com collection of nearly 1,000 historical, health and public affairs video and film content that was produced by award-winning journalist Tony Brown on national television for over 40 years (1968-2008) is now being offered in this rare cutting-edge educationally purposeful opportunity.