My Gift To You On The Anniversary Of My Miracle

Tony Brown -- Host and Executive Producer of Tony Brown’s Journal, described by a leading archivist as "the most complete and thoughtful record of African-American opinion,” in existence.

On April 11, 2017, I will celebrate another anniversary of my miracle and I am exceptional, both by mundane standards of physical health and esoteric knowledge of what’s going on behind the cosmic energy scene and the deeper studies of our collective psyche.

My latest stage of physical evolution is a process that I have developed to turn my body’s cells into the anabolic state of an infant’s body cells through pure dissolved oxygen, a vital cellular nutrition, along with the nutrients in my alkaline diet, the appropriate supplements and muscular exercise. I don’t just plan to be around for a while, I plan to be healthy as well. For example, my male testosterone level is over 600 -- the level of a 32-year-old man and my pH level was that of 13-year-old boy.  I enjoy the highest energy level and mental alertness of my entire eight decades.

My 150 pounds evenly fits my 5’6” frame and carries an optimal level of estradiol which significantly lowers carcinogenic belly fat and reduces the risk of prostate and other cancers and diseases of aging. My beautiful kinky African hair grows soft and silky like weeds. I have no aches or pains and no chronic diseases. But the condition of my physical body is the gift of my knowledge and free will because I have learned to fear the
process of aging (which starts in the 30s) and not dying.

I have tried to share why I am in such an excellent mental and physical state, but most people don’t appear to be interested in their health nor in any way to improve it. So, they have entered into a cycle of self-destruction with medications and the acceptance of chronic disease as a normal condition of people over 60. Nature did not design us to look old at 50 and die at 60. We do that to ourselves.

I am currently working on my 4th and possibly my final book.  Register to be placed on a list to be notified of its upcoming release date. 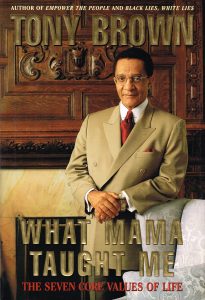 Or get an autographed copy of “Empower The People: A 7-Step Plan To Overthrow The Conspiracy That Is Stealing Your Money and Freedom”

Read this excerpt from “Empower The People: A 7-Step Plan To Overthrow The Conspiracy That Is Stealing Your Money and Freedom.”  And when men cease to believe in God, they will not believe in nothing, they will believe in anything. -THEODORE J. FORSTMANN

My biggest fear in writing Empower The People was that most people, intimidated by the mystique of economics that has been manufactured by the secret society of Illuminati bankers, will not even try to grasp the key to the Conspiracy's control over their lives. Most people have been brainwashed into silence and submission by the notion that concepts such as money supply, inflation, gold standard, and capital are the exclusive province of the educated elite. The truth is there is nothing mystical about money. Do you know why the poor are getting poorer and why income inequality is steadily getting worse? Do you know, for example, why the U.S. government intentionally keeps a substantial percentage of working-age Americans unemployed? Or how the government is systematically depriving American families of more and more of their incomes?

In Black Lies, White Lies: The Truth According To Tony Brown, I do what few high-profile African Americans have done before: I dare to challenge the lies of both Black and White leaders, and tell the truth. I attack White racism and Black self-victimization with equal vehemence. I condemn integration as a disastrous policy, not for just Blacks but for the entire country. And I confront the Black Talented Tenth, White liberals, conservatives, Democrats, Republicans, demagogues, and racists on all sides for their self-serving lies, their failures, and their lack of vision. But I don’t simply slash and burn. I also offer farsighted, workable solutions to America's problems. In Black Lies, White Lies, I provide a blueprint for American renewal based on my belief that although we may not have come to this country on the same ship, we are all now in the same boat.