What “Darkness” From America’s Own Past May Arrive In 2022? It Could Be A Curse That Colonial Slavery Left The U. S. — Racism, Bigotry & Greed.

Was astrology correct when it predicted that America would pay its debt for slavery in 2022? (See “Turning Point: The United States’ Pluto Return,” Ray Grasse, The Mountain Astrologer, Dec. 2019/Jan. 2020, p. 21)

The absence of Black self-sufficiency is the true reason we can’t get rid of racism in this country. Therefore, the primary stakeholders of equality are Black people themselves.

Partisan politicians keep coming up with more welfare and illegal alien benefits as a way to resolve the so-called “diversity issue.” I don’t think either approach will resolve this dilemma of karmic debt. Only a different education model that focuses on an end game that produces more technology skills for the African-American descendants can achieve such a goal -- a population that is diverse by virtue of the skills which they have received their foundational skills in educational institutions that stress excellence of performance, especially in English grammar and math. A support focus on a minor in sociology and history would be most helpful.

The current emphasis on recruiting rich families to pay exorbitant tuition to historically White universities and colleges misses the target by a mile.

Besides, it’s racist to assume that sitting next to human sentients who are classified as Caucasian (a floating crap game of mythology), or the economic and social benefits they enjoy by virtue of their wealth and prestige, is, in turn, contagious to other human sentients who have darker skin and result in Black self-hatred. The Asian-American sub-population has emphatically demonstrated that a so-called white-skinned complexion doesn’t ignite any extraordinary performance in the brain and memory cells of the human organism.

Conversely, there is abundant evidence that demonstrates the link between the development of learned personality traits such as integrity, character, reasoning and logic that are required in all human sentients.

“Rise Up, You Mighty Race, Accomplish What You Will” 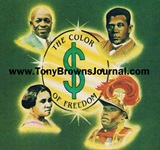 Throughout the history of Black America, the focus of self-help through economic development has peeked and declined. Presently, it is on life support, as a result of a strong focus on electoral politics. But it was not always that way. This four-part series’ leaders of the past explain why economic growth linked to progress in education that is based on a truthful accounting of past events is the key to achieving the goals of any people. I am reminded of African-Americans in the mold of Madame CJ Walker, Marcus Garvey, Dr. Carter G. Woodson and Booker T. Washington. 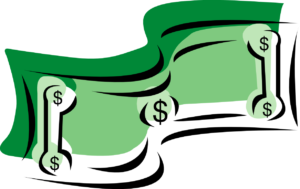 I teach that “the only Color of Freedom is green” because green (self-empowerment) equals power in the United States and throughout the world. What we think of ourselves is our true wealth and value; the esteem in which we hold our own people is the true key to the kingdom of knowledge and wisdom – which is the gateway to eternal life. Start with pride in the character of Blackness and you will end up at the gateway of understanding.

Our universal pursuit of a path out of the dark desperation humanity suffers from must start with a knowledge of past truths.  The knowledge of the past achievements of a people is the ultimate index for the determination of their potential for their future and
success.

My call to action is taken from one of the greatest believers in personal achievement that America has ever known: Marcus Mosiah Garvey urged the Black population to “Rise Up You Mighty People. Accomplish What Your Will --” in other words, study, earn and demand equality, but based on your will to succeed at the table of success.

TBJ #904 -- Ethnic Nationalism – Part 1: – No one else is going to do it for you. Why did other cultural groups make it across the finish line of economic sufficiency and Blacks did not? This question is discussed and answered by various thought leaders, such as Rev. Leon Sullivan, Percy Sutton, Dr. Naim Akbar, just to name a few.

TBJ #906 -- Economic Racism – Part 3: African Americans were the only group physically and psychologically enslaved in America. And that fact created not only a unique American experience but a unique and often unequal economic outcome as well. What were the economic ramifications of slavery? And how did the African-American experience differ from other immigrant groups that came to America. What is the basis of racism in America? Is it prejudice or a profit-motive -- or both? How did racism shape the economic development of Black America? These and many other questions are discussed on this program.

TBJ #907 -- From The Streets to the Suites – Part 4:  At the close of the Civil War, the annual income of Black America was $20 million. By 1984, a little more than 100 years later, that figure had grown to $200 billion. But in spite of the steady growth of Black earning power, the Black family income is well below the national average and the Black
community is suffering from chronic and social economic instability.

Black America’s inability to recycle dollars in its own community as efficiently as other ethnic groups who perform this economic ritual anywhere from 5 to 12 times has been given as the reason for the Black community’s economic inefficiency. Blacks recycle their wealth with one another less than once.

Why haven’t Blacks been able to take advantage of their tremendous wealth? Have African Americans been more concerned with integration, political or social acceptance than with economic independence? Has their crumbling status in society forced a new thrust toward economic development or more government dependency? These questions beg for answers that may lie in past events.

Author of “Black Lies, White Lies, The Truth According To Tony Brown;” “Empower The People;” and “What Mama Taught Me,” all published by William Morrow & Company, Inc. (NY). www.tonybrownsjournal.com/shop

For 40 years, the award-winning Tony Brown’s Journal (Black Journal) was distributed nationally on the Public Broadcasting Service (PBS) and in commercial
syndication.