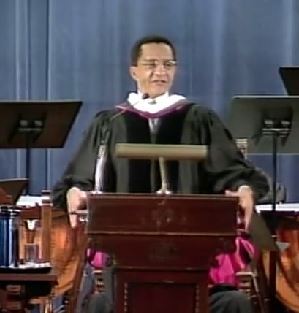 Hampton University is one of the nation’s most prestigious historical Black universities.  In 1999, it was cited as one of the top regional universities in the South.  At the beginning of Hampton University’s 131st academic year, convocation speaker Tony Brown charged the student body to put character ahead of race. This two-part series also examines Hampton’s 131-year-old legacy.  (2224)

The Destruction of Black Civilization

Dr. Chancellor Williams explains his focus on the psychology of Black Americans and its link to Africa’s decline.

The mere decision to go to war for their country, a country that deprived them of basic human rights, proves even further the competence and unheralded character of some of the greatest men in American history. The pi...

The Tuskegee Airmen -- Part 3 – Jim Crow’s Graveyard. Shooting down #German airplanes, rather than effectively carrying out the assigned duties of close ground support and bomber escort, emerged as the criterion for ...

Imagine being Black in the 1700s and becoming a self-taught surveyor who played a pivotal role in planning the layout of our nation’s capitol and inventing a clock in 1753. In 1791 alone, Benjamin Banneker completed t...