Moving in tandem with American history, the bold and brave first Black four-star general of the U. S. Air Force, Daniel “Chappie” James, in a rare historic television appearance on Tony Brown’s Journal, offered to his beloved country and his legally-oppressed Black brothers and sisters the same sage advice that his Black Mama had bestowed on him when he was facing the hardships of White racism in Pensacola, Florida.

“Boy,” the loving mother advised, “Don’t stand there banging on that door of opportunity, yelling, ‘Let me in, let me in.’ Then all of a sudden, someone snatches open the door and you say, ‘Wait a minute, I have to go and pack my bags.’ Instead, you stand there, armed with your bags of knowledge and your bags of understanding and your bags of desire -- and when they crack that door, step in and take charge!”

Historical Black Women in The Military

African-American women in military service also did not receive proper recognition for their service. Reflecting that apartheid custom, the 6888th Central Postal Directory Battalion was the only African-American WA...

The mere decision to go to war for their country, a country that deprived them of basic human rights, proves even further the competence and unheralded character of some of the greatest men in American history. The pi...

The Tuskegee Airmen -- Part 3 – Jim Crow’s Graveyard. Shooting down #German airplanes, rather than effectively carrying out the assigned duties of close ground support and bomber escort, emerged as the criterion for ... 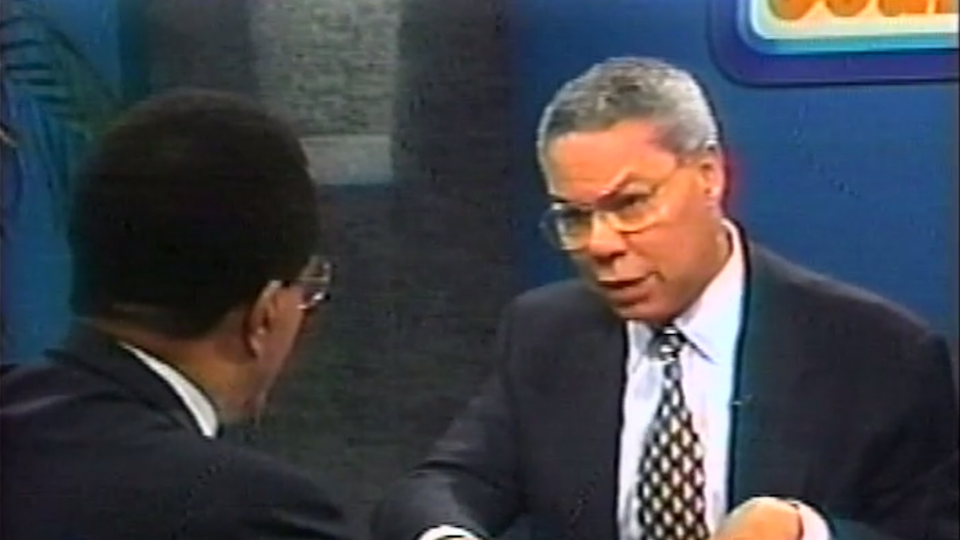 A Rap with Colin L. Powell

A discussion of Gen. Colin Powell and whether Americans would elect a black President. (1918)