Is Barack Obama the First President of African American Descent? 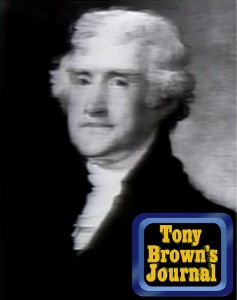 Has America Had 5 Black Presidents? Barack Obama is widely lauded as the first Black President, but that doesn't mean he may be the first president of African descent. As historian J.A. Rogers noted in his book, "America's Five Negro Presidents", several men who have held the top office in the land may have roots that they may have been reluctant to claim.

J.A. Rogers' books will not let us rest, will not let us remain comfortable with man-made racial terms. He used history and historical events and personalities supported by massive evidence to demonstrate the accuracy of a human history, composed mainly of triumph and failure by people or members of a human race.

What difference does it really make if Jackson, Jefferson, Lincoln and Harding were all Black? Or just Harding? Would that change anything? Would their mistakes seem any more justified or their faults any less human? Of course not. This was the point that J.A. Rogers made.

Subscribers of Tony Brown's Journal may view this program in its entirely here:  https://www.tonybrownsjournal.com/has-america-had-five-black-presidents

With hope for the future by learning from the past,