If you believe the cyberwar has not started or the United States has not suffered from several cyberattacks by global powers, please be aware that several global powers have already made numerous incursions against the U. S. financial and industrial complex. 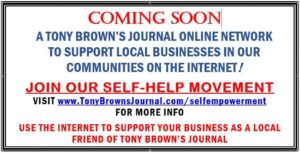 For example, this week, nine Iranians were charged with cyberattacks on behalf of Tehran to steal data from universities, businesses and the U. S. government. “Federal prosecutors unsealed criminal charges Friday accusing nine Iranians of orchestrating years of cyberattacks on behalf of the Iranian government to steal data from hundreds of universities, and businesses in the U. S. and abroad.” (“US Says Tehran Ordered Hacking,” by Nicole Hong, WSJ, March 24-25, 2018, p. 1)

“Recent tit-for-tat trade actions could deepen what has become a global contest for technological dominance between the United States and China, home to the planet’s largest population of internet users and a flourishing community of start-ups and innovative companies.” (“Icy Maneuvering By U. S. and China In Tech Cold War,” by Raymond Zhong and Paul Mozur, New York Times 3/14/18, p. 1)

Trump appears to be shuffling his Cabinet to fight a nuclear war; a “cyberwar” is already underway with early strategic thefts of technical and industrial info, especially by Russia.

Which brings the Internet the community or subculture of the former African slaves in the U. S. Specifically, I refer to self-empowerment Blacks.

Throughout the history of Black America, the focus of self-help through economic development has peeked and declined. Presently, it is on life support, as a result of a strong Black focus on partisan politics and subsequently its transformation to a government subsidy or entitlement. But it was not always that way. The leaders of earlier Black self-empowerment programs explain in this four-part series why economic growth linked to progress in education and workplace development is the key to achieving the social and economic goals of any aspiring group.

MAR. 27      TBJ#904 -- Ethnic Nationalism – Part 1 – No one else is going to do it for you. Why did other cultural groups make it across the finish line of economic sufficiency and Blacks did not? This question is discussed and answered by various thought leaders, such as Rev. Leon Sullivan, Percy Sutton, Dr. Naim Akbar, just to name a few.

MAR. 29 – TBJ#906       Economic Racism – Part 3 – African Americans were the only group physically and psychologically enslaved in America. And that fact created not only a unique American experience but a unique and often unequal economic outcome as well. What were the economic ramifications of slavery? And how did the African-American experience differ from other immigrant groups that came to America. What is the basis of racism in America? Is it prejudice or a profit-motive -- or both? How did racism shape the economic development of Black America? These and many other questions are discussed on this program.

MAR. 30 – TBJ#907 -- From The Streets to the Suites – Part 4 – At the close of the Civil War, the annual income of Black America was $20 million. By 1984, a little more than 100 years later, that figure had grown to $200 billion. But in spite of the steady growth of Black earning power, the Black family income is well below the national average and the Black community is suffering from chronic and social economic instability.

Black America’s inability to recycle dollars in its own community as efficiently as other ethnic groups who perform this economic ritual anywhere from 5 to 12 times has been given as the reason for the Black community’s economic inefficiency. Blacks recycle their wealth with one another less than once.

Why haven’t Blacks been able to take advantage of their tremendous wealth? Have African Americans been more concerned with integration, political or social acceptance than with economic independence? Has their crumbling status in society forced a new thrust toward economic development or more government dependency?

A CALL TO ACTION

These questions beg for answers that may lie in building a presence on the Internet. I recommend an income-producing affiliation with Friends of Tony Brown’s Journal. Creating a synergism between TonyBrownsJournal.com, Soul of the South TV Network Affiliates and Social Media to help build an economy and strengthen families in African-American Communities. A community self-empowerment online network for economic growth and personal development. Creating cooperative community economic online activities that achieve personal and group advancement and solidarity.

COMING SOON: A Tony Brown’s Journal Online Network To Support Local Businesses In Our Communities on the Internet!

Join our self-help movement!   Visit www.TonyBrownsJournal.com/selfempowerment FOR MORE INFO use the internet to support your business as a local Friend of Tony Brown’s Journal.