How do we fight racism when most people don’t seem to know the difference between a racist and a racialist or race and culture?  And forget the sentient human or the human race.

It appears that racism is driving the human bus and winning because many Blacks and most Whites are ignorant of the facts and that many from both sides have experienced throughout history. This multi-racial complicity allows inequality to thrive and the origin of disease racism to remain intact. The modern origin, of course, is debatable, but the suspects are legion. 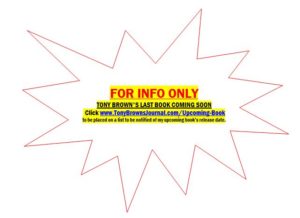 Ironically, in the United States, those free Blacks during slavery who were missing in action in the struggle to fight racism were given a sound thrashing by David Walker, a Black abolitionist, for being “submissive.” Henry Highland Garnet (for whom my high school in Charleston, W. Va. was named), a Black antislavery activist told Black slaves that it was their duty to rebel against enslavement. I believe him to be my inner voice.

The revised history of the United States is typically used today as a means of seamlessly passing the opinions and attitudes from the slavery and apartheid era of America’s past to the next generation. Therefore, each new generation of young people is indoctrinated into the American culture with opinions and attitudes that do not include the authentic history of Black Americans (that’s why it’s missing), but does include the residual ideas of overt racists of the past. A sterling example is Dr. Samuel George Morton, a noted Philadelphia “race scientist” who, circa 1854, convinced the nation through respected publications that his skull research proved that Blacks were mentally inferior to Whites. His theories appeared subsequently in the persona of Dr. William Shockley in the 1960s.

For example, TonyBrownsJournal.com offers a Black geneticist, Dr. Joseph Graves, who refutes Morton and other racist race scientists of the past. Dr. Graves is among the hundreds of missing Black pages of history that prove that there is only one race – the human race. Legitimate history is a work in progress because history always catches up with you. That is why we are in need of a constant retreading of the past with objective rational evidence.

Instead, we often use unfiltered racist ideas from dubious sources in the past that predispose generation after generation to psychologically acceptable racist themes as natural to our sentient human nature.

Visit www.TonyBrownsJournal.com and click the links below to view excerpts from various Tony Brown’s Journal programs dealing with race and racism: