Is This The Storm That Follows The Calm?

Does President Trump have something up his sleeve?  Is this an effective tactic?  “What is the calm before the storm”? If the world is edging closer to nuclear war, how will it be fought?

North Korea has threatened the world with her new acquisition of fewer than 10 stockpiled nuclear warheads. Specifically, North Korea has singled out the U. S. as the main target of its newly-acquired weapons from hell.  That means that Americans of all colors, religions or economic groups are on notice that North Korea’s nuclear wrath has targeted them.

“U. S. lawmakers are dialing up pressure on the Trump administration to expand sanctions aimed at North Korea and dozens of businesses described by U. S. and United Nations officials as components of North Korea’s illicit financing networks. Included in the leadership of this bipartisan effort to combat North Korea are Sen. Chris Van Hollen, (D., Md) and Sen. Tom Cotton, (R., Ark).” In addition, “the world is edging closer to nuclear war as about a dozen submarines are lurking in the world’s oceans, equipped to launch nuclear missiles. Four are American; the rest might be British, French, Russian, Chinese, Indian, or perhaps Israeli. (“Lawmakers Seek Tougher Korea Curbs,” Ian Talley, WSJ, Oct. 7, 2017)

“Some of them are packing massive heat, equivalent to thousands of times the bomb that obliterated Hiroshima. All are being very, very quiet. But beyond that headline news lies a less well-known, but potentially more disturbing story. A series of seemingly minor technological upgrades have been destabilizing the foundations of deterrence, sparking a new nuclear arms race with unforeseeable consequences,” reports the New Scientist, a London-based magazine. (“Accidental Armageddon,” by Debora MacKenzie, New Scientist, Sept. 23, 2017, p. 32)

“Besides its land-based intercontinental ballistic missiles (ICBMs), the US packs 890 warheads on submarine-launched missiles. Of these, 506 are code-named W76, and each one has the explosive power of 100 kilotonnes of TNT. The rest, called W88s, pack 455 kilotonnes.  “The U. S. Little Boy bomb dropped on Hiroshima in 1945 delivered 15 kilotonnes. Trident missiles can release up to eight of these warheads above the atmosphere, which then fly independently to preset targets. “It’s an astonishing game-changing increase in US nuclear capability,” New Scientist said. 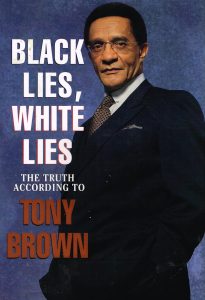 "Of course, just because the US may now be more able to take out another country’s nuclear deterrent doesn’t mean it plans to, but in the game of deterrence, what matters is perceptions."