I was born Black and not into the middle class, but I was never taught that I was poor; I never lived with my father, but I was never taught that that fact made me any less of a man. I went to all-Black schools in a segregated system, but I never learned that we were inferior because we were together, instead, we were taught to be proud of our heritage and motivated to learn so we could succeed in life. My beautiful Black teachers were the gods of my learning universe, not a blind hatred of all mis-educated human sentients of all nations who fell victim to the psychotic state of mental aptitude.

Eventually, I graduated from the famous all-Black Garnet High School in Charleston, West Virginia. My education at this accredited place of reasoning and logic placed me near the top when I later applied for admission went to a White college and graduate school in the North, Wayne State University in Detroit. 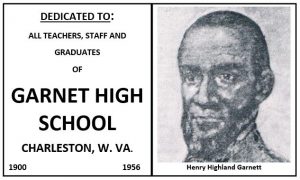 Having been initially trained into a culture of earned status that can only be achieved by character traits that are imbedded in cultures that stress over-achievement and honor in its offspring, I was flattered by what I perceived as a respectful acknowledgement of my African ancestry.

I was prepared by so-called Black people in an indigenous Black environment that stressed respect for other people, races and cultures. But you can only respect others when you respect yourself and my Black teachers and Mama, Elizabeth Sanford who adopted me at the time of my birth, first gifted me with that philosophical wisdom.

Racism does not expect quality, competence or performance from Blacks. The White supremacy philosophy, also still shared by some Blacks, is born out of an ignorance of the history of Black Americans. My greatest hope is that the school systems would take a page out of Black history and go back to expecting excellence from both Black and White students.

TBJ #631 -- Mrs. Norman, We Love You: Garnet High School in Charleston, WV was Tony Brown’s high school. It was one of the most academically rigorous high schools in the nation and, as a result, in 1951, his freshman entrance exam to Wayne State University in Detroit was waived essentially because of Garnet’s outstanding academic record in scholastic achievements and Garnet’s first-class scores on official standardized national test scores.

Brown’s leadership qualities as the most all-around student of his graduating class. The fact that Garnet was all-Black by laws that ironically resulted in an all-Black faculty that possessed advanced college degrees from a variety of prestigious universities that included The Sorbonne in Paris and many of the most distinguished Black colleges and White universities in the U. S.  On this edition, his English teacher, Mrs. Ruth S. Norman, and the all-Black school’s standard of academic excellence and character building are profiled.

Garnet High School was named after Henry Highland Garnett, a former slave from the militant Mandingo tribe in Africa and later Jamaica, during America’s segregated era. Members of the Mandigo tribe were intentionally excluded from any slave list of selected African slaves who were considered too rebellious for slavery in Britain’s former American colony.