Why God Doesn’t Like Ugly: The Tuskegee Syphilis Experiment — Pt. 1 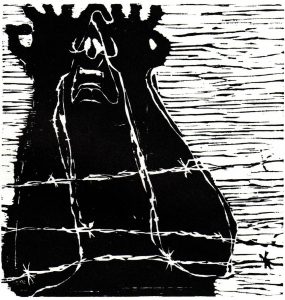 For 40 years, the Center for Disease Control, the official agency of the federal government, intentionally did not treat selected syphilitic Black men in Tuskegee, Alabama in order to study the effects of untreated syphilis. Even when penicillin became available in the 1940s, it was deliberately withheld as a treatment for the nation’s most dangerous epidemic.

From 1932 until 1972, doctors from the United States Public Health Service and later the Center for Disease Control, conducted medical experiments that equated these events to the atrocities of Nazi scientists against Jewish victims before and during World War II.

In 1972, as host and Executive Producer of a national television series, I premiered an explosive investigative report on the racist so-called Tuskegee Syphilis Experiment that, to this day, raised more questions than it answered.

The circumstances surrounding this flagrant betrayal of public trust stand as a telling example of a breach of faith between a government and its people and neither the White population nor the Black population was at fault -- because the so-called experiment was actually an act of treason against the American government. In 1993, during a barrage of mysterious viruses appearing in news reports all over the world daily, the U. S. population was asking why the U. S. government allowed the infamous Tuskegee Syphilis Study to happen in the first place and why it targeted Black men who were already infected?

Perhaps, that is why Dr. Peter Buxton, the man who uncovered the Tuskegee Syphilis story, told me during an exclusive interview that the story not only marked the Black victims, but also implies that everyone who participated, including some of the doctors, perhaps, were unknowingly involved in a crime against humanity.

Visit TonyBrownsJournal.com and view my interview with Dr. Peter Buxton (TBJ #1719) on Part 1 of my two-part series on The Tuskegee Syphilis Experiment.